Does “famous plumber” sound like an oxymoron to you? Don’t worry, we’re not offended; the fact of the matter is, plumbing isn’t a job you get into if you wanna be super-famous. Nevertheless, there have been a surprising number of famous (and infamous!) plumbers throughout history.

They weren’t famous for just their plumbing, either. When these tradesmen weren’t plunging toilets, they were inventors, entrepreneurs, soldiers, gangsters and more! 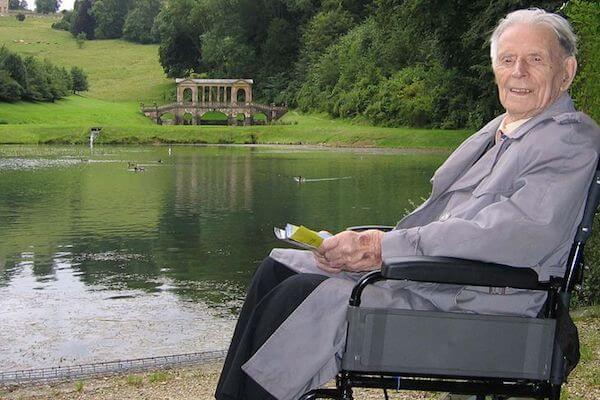 Harry Patch was a decorated veteran of World War I, an eloquent critic of the war, the subject of books and television programs… and a plumber! When he passed away at the age of 111 he was the oldest man in Europe. It was an eventful 111 years, which he documented in his autobiography The Last Fighting Tommy.

Patch served in the British army in multiple roles as a member of several regiments, including the Royal Warwickshire Regiment. Harry fought in the Battle of Passchendaele, where a shell explosion injured him. He and his gang of machine gunners aimed for enemy combatant’s legs, hoping to avoid killing if possible.

After the war ended, Patch began his career as a plumber. He worked in the Willis Memorial Building and eventually becoming a company branch manager. The Prince of Wales spoke at Patch’s funeral, saying “nothing could give me greater pride” of the opportunity. Sharing a profession with a man as heroic as Harry Patch gives us great pride, too. 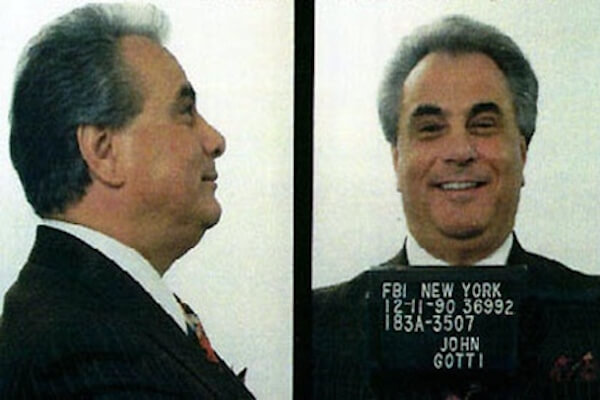 Picture a classic gangster–pinstripe suit, greased-back hair, larger-than-life personality. You’re picturing John Gotti. The plumbing salesman manipulated and murdered his way to the top of America’s most powerful crime family. He ruled as Don Gambino from 1985 until 1992, when he was convicted of crimes including five counts of murder, racketeering, and the old-faithful tax evasion.

If there’s one historical figure who perfectly represents the archetype of the charming-yet-brutal crime boss, it’s John Gotti. During his career as Don he was known for his outspoken personality, ostentatious fashion, and highly public lifestyle. Popular with much of the public, Gotti became known as “The Dapper Don” and, after fixing three separate trials to ensure his acquittal, “The Telfon Don.” This dude used to ride around in a speedboat called “Not Guilty.” And all the while he sold plumbing supplies!

The FBI brought Gotti to justice in 1992, after Sammy “the Bull” Gravano, Gotti’s underboss, turned state’s evidence. After cops arrested him in the Ravenite Social Club, Gotti famously remarked to them “I bet ya 3 to 1 I beat this.” Thankfully, he didn’t, and served prison time until his death of throat cancer in 1998.

Contrary to popular belief, Thomas Crapper did not invent the toilet. He manufactured toilets and invented three improvements to toilet design. According to the most common story, his name became associated with the toilet during WWI. Crapper supplied many of the cisterns American servicemen would use overseas. These cisterns bore the name “Crapper,” so soldiers started referring to doing their “duty” as “going to the crapper.”

Thomas Crapper is also responsible for selling the modern bathroom to the public. Crapper created the first bathroom showroom and demonstrated why water closets could be convenient and hygienic. He personally convinced members of the aristocracy to buy water closets, and from there the practice gained popularity.

Thomas Crapper & Co. were known for their quality, so much so that when Prince Edward bought Sandringham House, he commissioned a royal warrant asking that Crapper supply his throne. Crapper’s work must’ve pleased ol’ Eddy, because he commissioned Crapper again as King. George the V, Prince and later King of Wales, did as well. Windsor Castle, Buckingham Palace, and Westminster Abbey all contained Crapper’s products at one point or another.

From gangland to the First World War, to the seat of royalty, plumbing has left its mark on history in a thousand often strange, sometimes scary, always interesting ways. These three guys aren’t the only famous plumbers, either. The original skilled trade can also count acclaimed actor Michael Caine, the “Lord of Dance” Michael Flatley, and even Ozzy freaking Osbourne among our number!