Sorry if our title makes you a little anxious. Pipe replacement is maybe the biggest, scariest home repair project this side of a total teardown. Unfortunately, the very fact that so many of us feel too overwhelmed to think about our plumbing systems is what eventually creates so many of the big problems. We’re afraid of what we’ll find when we look, so we never look. In the meantime, a minor problem becomes a MAJOR problem.

There are a lot of reasons to replace sections of piping or even your whole piping system. In some circumstances, keeping old or corroded pipes is not only dangerous, it’s expensive. Pipes that need replacing can be the source of all kinds of pervasive plumbing problems. If you have to keep paying to treat the symptoms without addressing the root problem, your costs will just keep rising and the problems will just keep coming back.

Before you can figure out whether some plumbing surgery is the right call, however, you should understand why pipes need to be replaced in the first place. Just like you don’t want to use dangerous or corroded pipes any longer than you have to, you don’t want to replace perfectly good pipes because of a problem that could be fixed more easily. That’s why we’re putting together this rundown of the why’s and how’s of pipe replacement. Know your pipes, and you’ll know what step is best for you. 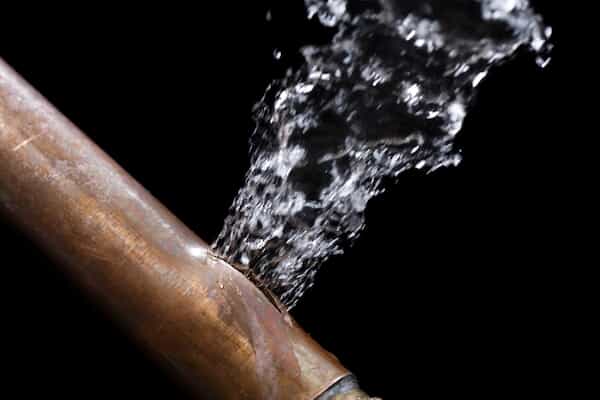 Why Pipes Wear Out

Your pipes last a long time, but unfortunately we haven’t discovered a way to make them last forever (yet!). Older or worn-out pipes can have all kinds of negative effects on your whole plumbing system. Corrosion or blockages deep in your pipes can interfere with water pressure by preventing the water flowing through your pipes from gaining momentum. This can lower the effectiveness of your water-based appliances and also makes clogs more likely.

Corrosion or build-ups of scale or other minerals can materialize on the inside of older pipe’s walls, forcing the water to work harder to push through to you. This will raise your water bill and eventually lead to full clogs. Given a severe-enough block, pressure could rise in your pipes and cause them to tear, rupture, or even burst. Replacing corroded pipes is annoying. Replacing drywall, insulation, flooring, and ceilings that are ruined by water damage is very annoying.

If the integrity of your pipe’s walls has become compromised, harmful materials like heavy metals or other minerals might also be coming dislodged from the pipe or other areas of the plumbing system and leaking into your water supply. Not only can minerals like this damage appliances and limit the effectiveness of cleaning, they can even be dangerous to drink.

This is especially a concern if you live in an older home. If your pipes were installed before 1980, they could have been made with lead components that have proven to be harmful. If you suspect your pipes contain lead, find out immediately and be prepared to replace them. It turns out lead is really bad for you. Don’t panic about those pencils you swallowed in grade school, though; just replace your pipes now. You’re probably fine. Pencils are graphite, anyway. Right? 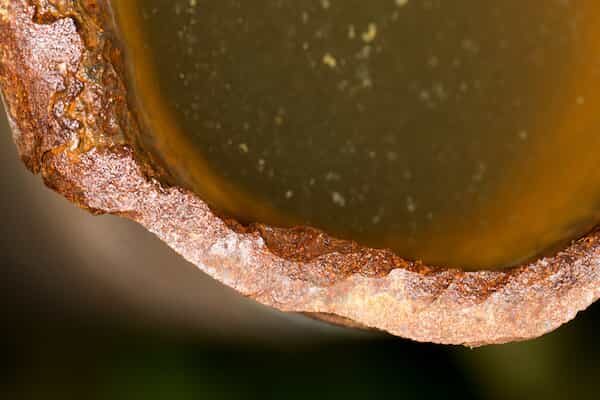 How Pipes Wear Out

Your plumbing system does a lot of work. Pushing so much water up and through narrow openings requires a lot of pressure, force, and energy. That force puts a lot of strain on the inner walls of your pipes. Over a long-enough time, the violent force of fast-moving water grinds away at your pipes.

Home pipes are usually made out of metal. This is because metal is sturdy and lasts a long time. However, metal is also susceptible to electromechanical electron exchange. When water contains or passes through heavy metals, it picks up the ionic charge of those metals. Your metal pipes have a different charge than the charge the water picked up, which produces a strain. This strain works at the inner walls of the pipe as the water passes through, wearing them down.

Even if your pipes aren’t metal, however, there are several properties your water might have that contribute to wearing away at your pipes. Chemicals added to drinking water can sometimes have a pH value that disagrees with your pipes. This produces an acidic factor in that water that is tough on pipe walls. Hot water and hard water also have corrosive properties. Hot water is harder on metals and hard water contains minerals that scrape away at pipe walls. Similarly, if your water has a high salt content, salt crystals can scrape up the inside of your pipes, wearing them away over time. Hard water and salt also leave behind deposits of their minerals as they pass through pipes, making clogs and causing corrosion.

This problems coordinate with one another, so the more you have, the more frequently you’ll need to replace your pipes. Pouring the liquid metal T-1000 from Terminator 2 down your drain, for instance, would be really hard on your pipes. Because he’s hard, metallic, hot, and salty. 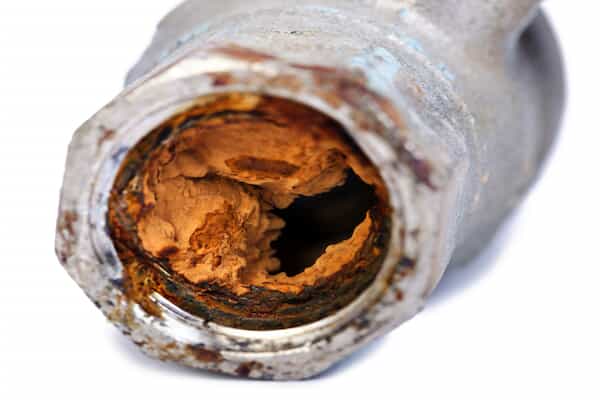 How to Tell if Your Pipes are Corroded

Good news, bad news, and more bad news. The good news: if your pipes are really corroded, it’s hard to miss. Extensive corrosion will make your water turn the color of rust. It will taste metallic (we don’t recommend drinking it) and sometimes even have visible flecks floating in it. Nasty. The bad news: If your pipes are that corroded, you’ve got problems. If one pipe is that corroded, it probably means your whole system is either old or compromised somehow. Usually when we see that nasty brown water, we recommend a full plumbing inspection at the very least, and usually a full pipe replacement service.

The more bad news: If your pipes aren’t quite this bad, it can be a lot trickier to find out how corroded they are and whether or not replacement is something you should consider. Do some troubleshooting. Are you having more clogs in your toilets and drains than you feel you should be? Have you tried solving your plumbing problems at their respective sources and experienced limited success? Do you have inconsistently low water pressure? Is your water pressure getting worse? Is your water bill getting higher even though you’re pretty sure you haven’t been using more and more water? Do you feel like your pipes leak a lot?

If your pipes are leaking or clogging up a lot, or your water pressure keeps getting worse no matter what you do, it’s a pretty good sign of corroded pipes. If you can’t say for sure one way or another, you can always give a professional a call. We have our ways of getting your pipes to tell us their dirty secrets. What? No, we don’t torture your pipes. We have, like, cameras and stuff. Jeez. 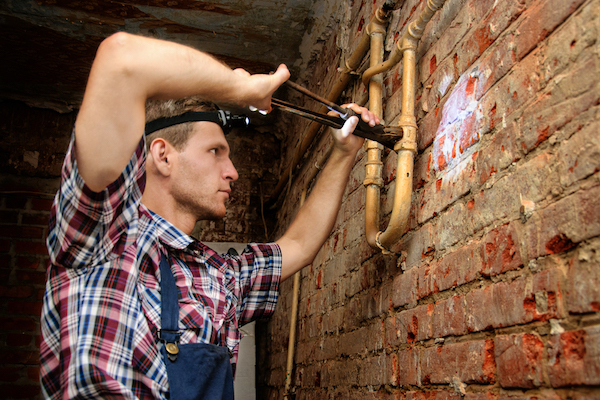 What to Do About Worn Out Pipes

Call a plumber. Our consultations will be able to tell you when your pipes were made, what they’re made of, and how they’re holding up. One of piece of good news (hey, it’s not all bad!) is that often times, a plumber will be able to solve piping problems in relatively un-invasive ways. Like we’ve said before, sometimes what you might perceive as a pipe problem could be a tree root that grew into your sewage system outside. It could be a leak or tear resulting from poor initial installation or natural home movement. It could be that an appliance got jostled somehow (ever see how fast your kid runs for the bathroom after a long car ride?) and knocked the system out of balance. Sometimes it’s as simple as adjusting a gauge!

If we do decide that a partial or total pipe replacement is your best option, don’t panic! You still have options. Our experts will help you find the solution that works best for your needs and budget. The trick to successful pipe replacement is to figure out what went wrong and to ensure that the problem doesn’t happen again. That means we do a full post-mortem on your plumbing to see what went wrong and what we can do about it.

Then, we figure out what you want out of your pipes. What are your concerns? What’s your budget? What is your house at risk of? What is your water like? After we’ve got enough information, we put together a pipe system that’s customized optimally for your house. Optimum optimization is… optimal. You know what we mean? No, we’re not going to make your house a Transformer. But man, will those pipes work well.

We know pipe replacement is intimidating. We know there’s that little voice in the back of your head saying, “You’re probably going to move outta here eventually, just let the next sap take care of it!” Don’t listen to that voice. They’re kind of a jerk. Like with most plumbing issues big and small, if you’re proactive now, you’ll save yourself a headache later. If you’re having pipe issues, or you’re concerned your pipes are outdated or dangerous, get in touch with us today. After one of our consultations, you’ll know everything you need to about your pipes to feel safe and in control. Also, we can make sure they’re not going to explode at four in the morning. Which is a plus.